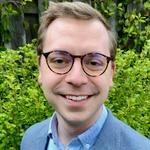 Updated 1 year ago by Shaun Dolan

Here we will discuss the numbering of each network interface on an Announcement Technologies FreePBX (Asterisk) server, often provided as part of a Telos VX system.

Any information provided here regarding "Asterisk" or "FreePBX" servers refers only to Telos-commissioned FreePBX (Asterisk) servers used with Telos Alliance telephony products. While these are third-party servers and software, we are able to provide limited pointers and advice (like this article) under normal support.

We are also happy to provide advanced, dedicated support and training on a VX and FreePBX system through various paid TelosCare Service Level Agreement options, or a la carte via our Dedicated Remote and Onsite Support service. Please use the Contact Us link above for more information on these options. We can guide you through this entire process.

There are four network interfaces on the motherboard, clustered in a 2x2 grid, numbered eth0 - eth3.

Optionally, if ordered, there are two additional network interfaces on a PCIe NIC, eth4 - eth5.

This illustrates the layout of the network interfaces as viewed from the rear of the server:

There is an additional network interface to the left of the 2x2 eth0 - eth3 cluster. This is the SuperMicro IPMI interface, used for out of band management of the server. This network interface is not accessible to the server operating system and thus is not used for day-to-day operation of your Telos VX system. It can be ignored unless your IT department is familiar with IPMI.