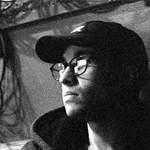 Updated 4 months ago by Bryan Shay

To update your Z/IP ONE to the latest version of software, you will need a computer with a web browser on the same network as your Z/IP ONE’s LAN port. You will also need a Z/IP ONE partition update package.

To update your Z/IP ONE, first navigate to its internal webpage using your web browser. Simply put its IP address in the location bar of your browser. Log in if prompted.

You will see a screen with some information about the Z/IP ONE’s current status. On the left is a list of other pages available. Click Software Management. If you were not prompted to log in before, you will have to now.

If you were already running out of Bank 1, or if you completed option 1 or two, above, the Software Management webpage will have an option to browse to and select a software update package. Click the Choose File button, and browse to the updater. When you are ready, click the Apply button.

You will be taken to an update progress screen. This update should take a few minutes, during which progress will occasionally update. It is very important not to shut the Z/IP ONE off during this time! When the update is done, you will see a link to return to the Software Management page. The update is now in the secondary bank.

This release fixes bugs including:

AES/EBU hardware is available only in new 2.0 hardware available Q1 2015

First version with support for the aptX® Enhanced* codec

Some early Z/IP ONEs were accidentally shipped without a MAC address assigned for their WAN Ethernet port. The WAN is still usable because the system automatically provides a randomly‐ generated, local‐use‐only, valid MAC address for that port. However, it will be a different address each time the unit boots, which can cause problems with MAC filtering on switches and NATs, and new IP addresses to be assigned by DHCP servers.

This problem is not new as of version 1.5.0r, but if your Z/IP ONE is affected by this, all versions of software version 1.5.0r or later will inform you on boot to contact Customer Support. They will give you an easy procedure, using the web page, to assign a proper MAC address. In the mean time, the Z/IP ONE’s WAN port is usable. However, be aware of the above limitations.

Some Z/IP ONEs have no permanent MAC address assigned for the WAN port. This results in a valid, but random, MAC being assigned on each boot. The MAC for this port can be set permanently, and affected units will now show a pop‐up message directing the user to contact Telos Customer Support for instructions